Posted by Tuelimike at 7:18 PM No comments:

TGNP Mtandao hosted a two days experience sharing session with District chairpersons and mayors from Tarime, Ilala, Kishapu, Morogoro Rural and Mbeya districts as part of exchanging information and strategies on how to develop gender sensitive budgets.
As part of learning, TGNP Mtandao introduced the officials on various gender concepts and key areas that will be more potential when developing a gender sensitive budget, including water, health, agriculture and education.
Speaking during the session, Chairperson of Kishapu district, Mr Boniface Butondo explains on how gender budgeting has solved the problem of girls missing school during the menstruation days due to lack of facilities to cater them in schools such as Sanitary pads and clean water.
“ On our 2017/2018 budget we are fortunate to provide 30 Million as part of helping young girls who cannot afford sanitary pads in school, that has assisted them to attend school without missing, before we had this money, girls used to miss out 3 to 5 days because they lacked such facilities“ He explained.

Chairperson of Kishapu district, Mr Boniface Butondo speaking during the session at TGNP Mtandao premises at Mabibo, Dsm
Recalling during the 2017 Gender festival, TGNP awarded the districts that managed to include the issue of sanitary pads to girls in schools that being Kishapu district and Kisarawe. This motivated various districts councils to take such step. This was proven by Mr Moses Misiwa Chairperson of Tarime District.
“ I am very excited attend this session, personally i was very inspired by my fellow district councils as we witnessed them awarded by the Vice president during the Gender Festival. As part of learning i would like to promise that this issue of sanitary pads will be included in our budgets, and am confident to say that we can afford that from our district revenues“ he says.
Apart from menstrual hygiene to girls in schools, the district chairpersons have also complained urging TGNP Mtandao to use the same force to address issues around agriculture. Recently the sector has been left behind by the government and it affects women who are the main actors.
Putting aside their political parties affiliations, the councils from the two districts agreed to set fund from internal sources to ensure that their budgets are very gender sensitive.
” we agree it is inevitable to develop if we are no being fair to some groups in the communities mostly women” they all say.

Posted by Tuelimike at 1:03 AM No comments:

At just 13-years-old, Vumilia had supported herself through primary school, earning money collecting and selling firewood. But after completing primary school, she despaired in the knowledge that she could not progress to secondary school. Like many families, the cost of uniforms, books, shoes and school fees were beyond Vumilia’s parents’ means. And, to make matters worse, the nearest school was 10km away.

Her grandmother said that Vumilia felt helpless, refusing to eat and crying every day. “She would ask me ‘Why is there no one to support me?’ I could only say, ‘You see how our life is. We cannot afford your school fees.’” All Vumilia could do was wait. 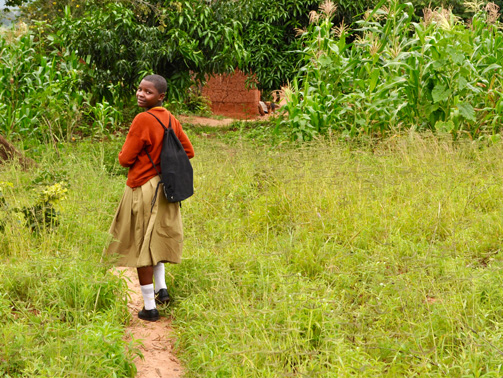 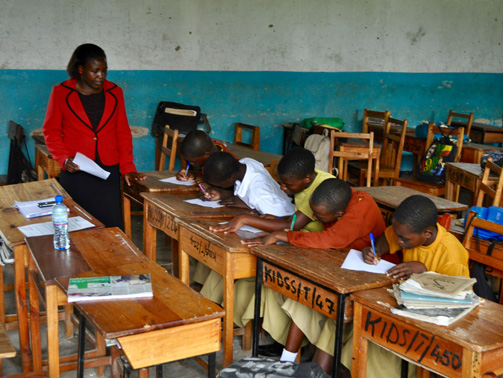 Vumilia and her classmates complete forms identifying their school needs to Camfed
After weeks of anxiety, and at her grandmother’s urging, Vumilia left home at 4:30 a.m. and began the long journey to secondary school. She had no uniform, no stationery, no pencils and no ability to pay her school fees. She had only the love of learning, and a hope that someone could help. When she arrived, she was crying and scared. Fortunately, the local secondary school is a Camfed partner school. Upon learning of Vumilia’s struggles, the head of the school provided her with a uniform, shoes and supplies from Camfed, allowing her to start school that very day. A week later, Vumilia was also invited to stay at the school’s makeshift dormitory space, where 140 other girls were also lodging to avoid long daily walks to school.
Upon learning that Vumilia would be supported through school, and would no longer have to endure the long daily walks, her grandmother was overjoyed. “We are very grateful,” she said. “She won’t live like this anymore.”

Posted by Tuelimike at 7:47 PM No comments:

Posted by Tuelimike at 6:07 PM No comments: